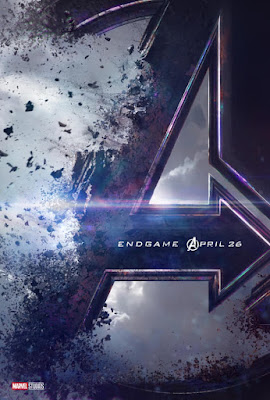 Literally coming out of nowhere and just hours after The Russo Brothers appeared in The Game Awards and didn't show anything, Marvel Studios and Disney have OFFICIALLY REVEALED the title, first teaser poster, and first teaser trailer for "Avengers: Endgame" - the fourth Avengers film that picks up right after the events of "Avengers: Infinity War" and sees Earth's Mightiest Heroes and their allies all but dead and gone forever. With half of the universe "Snapped Away" by Thanos and individuals like Spider-Man, Doctor Strange, Star-Lord, and Scarlet Witch fading into nothing but dust - the survivors like Captain America, Iron Man, Thor, Black Widow, and the rest of those still alive must regroup and find a way to defeat the Mad Titan and restore everything back to the way it was.

Also noteworthy things to mention about this trailer - Tony Stark/ Iron Man is drifting alone in space in the Milano trying to get back to Earth, Captain America is back in his Stealth Suit, and Jeremy Renner makes his long awaited return as Clint Barton - sporting a new look as Ronin! Avengers: Endgame will be released in theaters on April 2019.
Posted by Timzster at Friday, December 07, 2018 0 comments

The next "Men In Black" film was so shrouded in mystery that the public only knew that it was reportedly a "reboot" of the franchise, with Thor: Ragnarok stars Chris Hemsworth and Tessa Thompson set to star in the film. 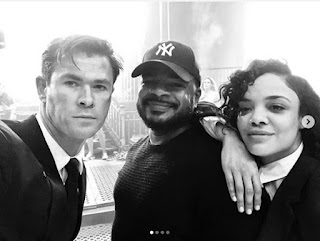 Now thanks to Collider and Brazil Comic-Con/ CCXP, that title has been revealed - "Men In Black International". Sony Pictures is set to present a panel on CCXP this Saturday, and while information is still scarce on the plot - the F. Gary Gray directed film will also see Emma Thompson reprise her "Men In Black 3" role as Agent 0.

Men In Black International will be released in US theaters on June 15, 2019.
Posted by Timzster at Thursday, December 06, 2018 0 comments 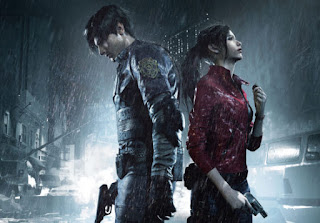 With just over a month left until it releases and remakes one of the most best Survival Horror games ever made, Capcom has released two new Gameplay videos for "Resident Evil 2" (aka BioHazard 2 in Japan) - which introduces us to familiar faces from the game that see actual dialogue and presentation for the very first time - such as Robert Kendo from "Gun Shop Kendo" and the enigmatic Ada Wong springing into action! Also, Leon S. Kennedy facing off against a powerful G Mutation.

Then there's the monsters and villains... Like the powerhouse called "Mr. X" facing off against Claire Redfield. 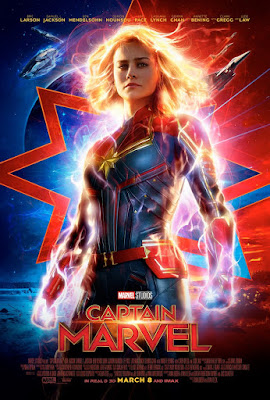 Arriving at a time when the Marvel fanbase eagerly shifts its gaze to the new Marvel Cinematic Universe films that are coming to the big screen next year,`Marvel Studios and Disney have released a brand new theatrical poster and trailer for "Captain Marvel" - the 21st film in the MCU and is an origin story that is set in 1995 that introduces us to Carol Danvers (played by Brie Larson) - a former U.S. Air Force pilot that turns into one of the mightiest heroes the galaxy has ever known. 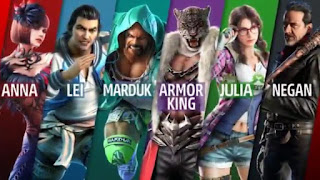 In what certainly got a lot of Tekken fans hyped and ready for what's coming next this "Season 2", Tekken Producer Katsuhiro Harada revealed during the "Tekken World Finals" in Amsterdam not one or two, but the THREE new characters from the missing roster of "Season 2 DLC Fighters" that will be coming to Tekken 7! Craig Marduk, Armor King, and Julia Chang all return, and the first reveal of The Walking Dead's Negan as a fighter is here!

Craig Marduk and Armor King hit on December 3! Julia Chang and Negan will be coming soon!
Posted by Timzster at Monday, December 03, 2018 0 comments

Spider-Man: Into The Spider-Verse: IGN shows "Everything you need to know about Marvel' Spider-Verse" 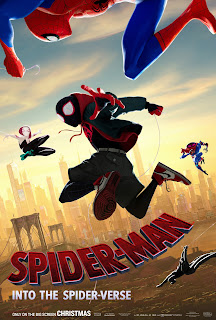 Hitting theaters in just a few weeks and introducing the cinematic version of the Spiders from alternate dimensions, Sony Pictures Animation, Columbia Pictures, and Marvel as ready to swing and bring a whole lot of Spidey action with "Spider-Man: Into The Spider-Verse"! However, for those who aren't familiar with the wallcrawling crew, IGN has you covered with this sweet video that shows viewers "Everything you need to know about Marvel's Spider-Verse"! Take a look!

Everything You Need to Know About Marvel's Spider-Verse

Spider-Man: Into The Spider-Verse hits theaters on December 12 internationally and December 14 in the US!
Posted by Timzster at Sunday, December 02, 2018 0 comments 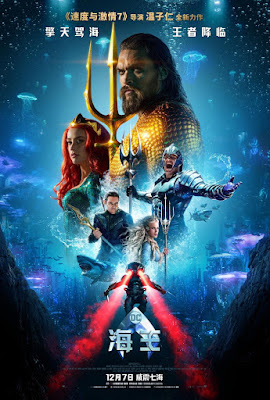 Set to be released in international waters quite early and bringing the hype and excitement of The King of the Seven Seas and his world to the big screen, Warner Bros. Pictures and DC Entertainment have a new Chinese poster and trailer up for "Aquaman" - which sees Jason Momoa back as Arthur Curry, Amber Heard as Mera, and a whole new cast of characters to meet that unite the surface world with Atlantis and beyond!

Aquaman hits theaters in China on December 7, The Philippines on December 12, and the US on December 21!
Posted by Timzster at Saturday, December 01, 2018 0 comments