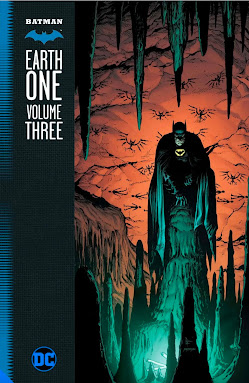 Almost six years after the release of the last volume chronicling the Earth One graphic novel adventures of Bruce Wayne and his winged avenger alter ego, DC Comics has officially announced that "Batman: Earth One Vol. 3" will finally see release in the summer of next year - continuing the story following the apparent demise of Harvey Dent, the defeat of The Riddler, and the growing network and ongoing crimefighting crusade of The Batman in Gotham City.

Via Newsarama, here's the official synopsis of the new chapter that is once again written by Geoff Johns and illustrated by Gary Frank - fresh off their last collaboration in "Doomsday Clock".

"Harvey Dent is dead. Or is he? A gang of thieves thrusts Gotham City into a state of fear when they are mysteriously well-armed with military-grade weapons: flamethrowers, grenade launchers, and even tanks, And this gang claims it is funded by none other than former district attorney Harvey Dent."
"Balancing his two lives, Bruce Wayne must find the truth by tapping his growing network of agents, including Alfred Pennyworth, Jim Gordon, Waylon 'Killer Croc' Jones, and the savvy new Catwoman, Bruce is distracted by the seemingly impossible return of another figure believed dead: his grandfather Adrian Arkham. He must also comfort his longtime friend, Gotham City mayor Jessica Dent, who is scarred both physically and mentally from her experience with the Riddler, which resulted in the gruesome death of her brother."
"But is Harvey back, plotting revenge on a city he proclaims to be guilty? When Batman discovers the truth behind these many mysteries, his entire world unravels…"
Long awaited since Vol. 2 was released in 2015,  the Batman: Earth One series is one of the latest modern reinterpretations of the Caped Crusader that is grounded closer to reality and is a great springboard for newer fans to jump into. In many ways, it has served as an inspiration for Matt Reeves' upcoming Batman film "The Batman", wherein The Riddler, Catwoman, The Penguin, and even Alfred Pennyworth feel inspired from the Earth One continuity counterparts.
Batman: Earth One Vol. 3 will be released on June 8, 2021.
Posted by Timzster at Tuesday, November 24, 2020 0 comments

WandaVision to explore the origins of Scarlet Witch's powers 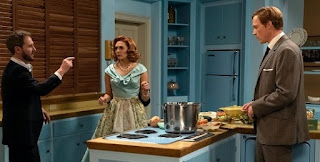 Looks like fans are going to get a lot of answers about the origins of Wanda Maximoff aka the Scarlet Witch's powers when "WandaVision" premieres on Disney + on January next year, as Marvel Studios head and MCU architect Kevin Feige has teased in a feature by Empire that Elizabeth Olsen's character will be fleshed out as her romance with Paul Bettany's Vision continues in a seemingly fantasy alternate reality that more or less was created by her.

“If you look at the Infinity Saga, I don’t think any single person has gone through more pain and trauma than Wanda Maximoff. And no character seems to be as powerful as Wanda Maximoff. And no character has a power-set that is as ill-defined and unexplored as Wanda Maximoff,” MCU boss Kevin Feige tells Empire. “So it seemed exploring that would be worthwhile post-Endgame. Who else is aware of that power? Where did it come from? Did the Mind Stone unlock it?”
Read more about the Empire feature here and check out more photos there.
WandaVision will debut on Disney + on December 15.
Posted by Timzster at Monday, November 23, 2020 0 comments 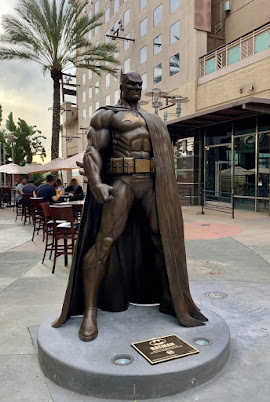 Fans of DC Comics and Batman may probably have touched upon "Batman: Hush" - one of The Dark Knight's most critically acclaimed modern adventures depicted in Batman #608 - Batman #619 and saw a mystery the puts Bruce Wayne through a gauntlet involving his deadliest enemies and closest allies - and sees a renewed romance blossom between him and Selina Kyle aka Catwoman. The storyline, written by Jeph Loeb and pencilled by Jim Lee, also sees the introduction of the titular villain Hush - who would go on to plague the Caped Crusader in later adventures.

This November, DC has unveiled the completed Batman statue in Burbank, California - as part of The Dark Knight's 81st anniversary celebration this year and modelled after Jim Lee's design of Batman and erected by Visit Burbank. If you're in California, it can be seen at AMC Walkway of Downtown Burbank. More details can be read here via DC's press release.

The Last Of Us gets series order from HBO 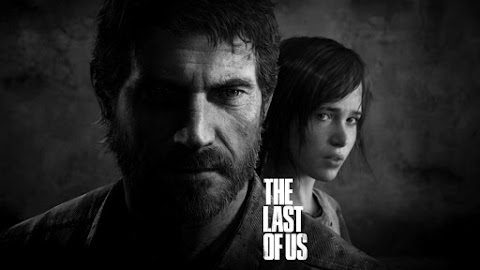 Looks like Joel and Ellie are officially getting the TV Series treatment, as HBO has officially greenlit "The Last of Us", with Chernobyl creator Craig Mazin set to write the show.

The news comes via The Hollywood Reporter, and Naughty Dog and The Last of Us director Neil Druckmann is set to help write and executive produce the program based on the video game series he helped create. HBO and Sony Pictures TV are producing it along with PlayStation Productions, Word Games, and Naughty Dog.

Based on the 2013 survival horror adventure and PlayStation exclusive, The Last Of Us takes place 20 years after a devastating fictional Cordyceps virus cripples civilization and turns its victims into fungal monstrous creatures. Joel - a survivor who works as a smuggler and bears a tragic past, is tasked with taking a young girl named Ellie from one quarantined state to another, on a mission that could help turn things around and save humanity from the virus once and for all. However, Joel and Ellie's journey is filled with danger from both the infected and the living - forcing them to rely on each other for survival and changing their lives forvever.

The Last of Us TV Series has no release date or other details yet, but there'll definitely be more details coming as the developers work to bring this critically acclaimed video game series to life on the small screen. 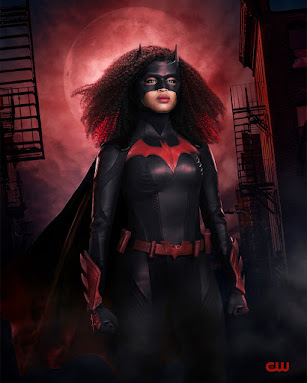 After casting Javicia Leslie as the new series lead Ryan Wilder following the departure of Ruby Rose from the series, fans have yet to see this Batwoman in motion and wearing the costume in action. That all changes with a new teaser The CW just aired that shows brief snippets of Wilder's masked vigilante in action, giving viewers a taste of things to come and the inevitable trailer showing what we can expect when the show airs Season 2 in a few months.

ICYMI: Zack Snyder reveals how much new footage his cut of Justice League will have 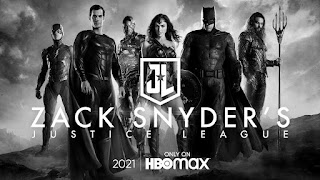 For those who were curious about just how much new footage will be added in "Zack Snyder's Justice League" now that reshoots are being done, you might be a little disappointed with the news, as Zack Snyder revealed during an interview with "Beyond The Trailer" just how much new stuff he's shooting - and that includes Jared Leto's return as The Joker to boot.
Here's the full interview below, followed by quotes of what he mentioned there:
Zack Snyder Interview - New Look for Joker, Snyder Cut 2021 New Scenes
"I will say that in the end it’s going to probably be about four minutes or five minutes of additional photography for the entire movie. In the four hours that is Justice League, maybe four minutes."
Even if it's just four minutes, there's plenty of stuff that was left out in the 2017 film that made up the theatrical release which never saw the light of day. - as "Justice League" was overseen by Joss Whedon when Snyder had to step out due to a family tragedy.
Now that Zack Snyder is overseeing things and reviving his vision, this is still a version of the film as intended by the director that people will want to see - especially since it's split into four parts and will air in HBO Max next year.
Posted by Timzster at Sunday, November 15, 2020 0 comments 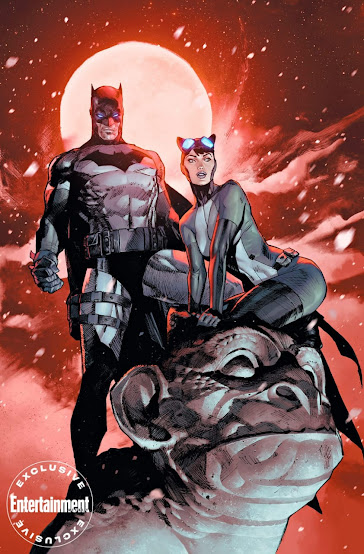 In a few weeks it's time to continue Tom King's story on Bruce Wayne and Selina Kyle's romance and adventures, as "Batman Catwoman" by King and artist Clay Mann begins its run and becomes the latest DC Black Label miniseries to be released with 12 issues under its wing. Entertainment Weekly has spotlighted the upcoming new series, and has released some exclusive new images in the article - which features interviews with King and Mann as well as the writer declaring that the "Bat Cat" duo are officially married as far as he's concerned, as well as detailing what the run will be about - concentrating on the past, present, and future as Bruce and Selina go on a journey that spans their early years, their marriage, and that future where an older Selina goes on a case after her husband's death. Also, new costumes and the DC Universe debut of Phantasm, aka Andrea Beaumont from Batman: Mask of the Phantasm.