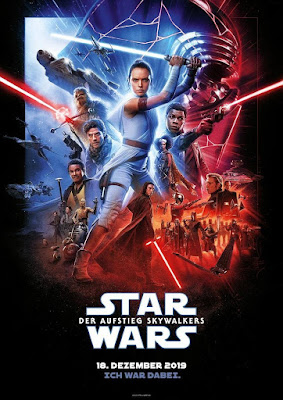 Close to just three weeks away from hitting cinemas, the hype and push for "Star Wars: The Rise of Skywalker" is growing further and further just like The Force itself, and via Coming Soon.net we see a new international poster with all the cast front and center, and of course another addition to the growing number of TV Spots released for the film!

Star Wars: The Rise of Skywalker will be released in theaters on December 20.
Posted by Timzster at Friday, November 29, 2019