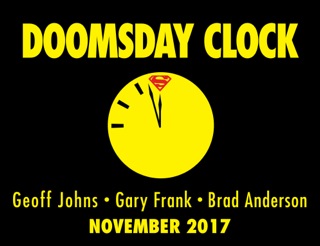 With The Button finally ending this week with the release of "The Flash #22", DC Comics shifts the focus and attention of the "Watchmen/ DC Rebirth" mystery to its next upcoming storyline set for this fall when Geoff Johns returns to write "Doomsday Clock" alongside the creative team of Gary Frank and Brad Anderson. The final part of "The Button" saw lots of reveals and more questions remaining to be answered... But also featured an epilogue that is a lead on to Doomsday Clock, which was released by DC and also featured by Comic Book.com.

You can check out the two page teaser here, teasing the Comedian's button floating in space bloody as ever, and then shifting to what is revealed as Superman's familiar "S" logo that is the crest of The House Of El. One can only wonder what Johns has planned... We'll just have to wait and see. 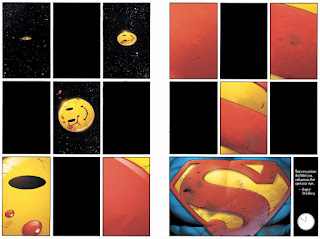